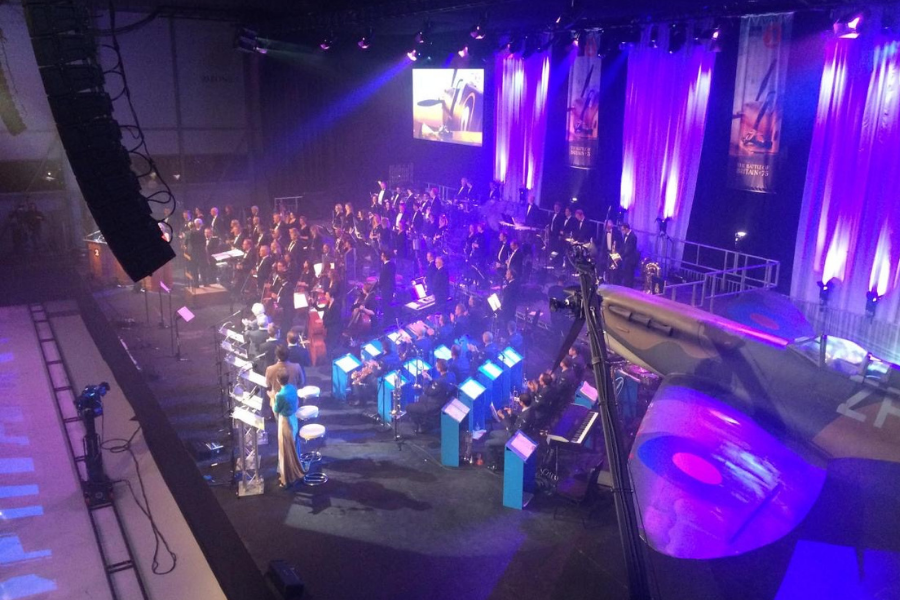 CSG Events was appointed by TBi Media to deliver an all encompassing technical production solution for a series of live broadcasts from Biggin Hill to commemorate the Battle of Britain at 75.

Tasked with delivering the Creative Director and Producer’s visions to bring the story alive of the Britain of Britain, 75 years on, CSG Events sourced and managed all technical elements for the broadcast including the lighting, rigging, temporary power, staging, audio and screens. In addition, it produced CAD plans, load in scheduling and was responsible for the Health & Safety for the technical elements of the show.

Due to the busy daily operations of the Rizon Jet Hanger at Biggin Hill, only one day was available for the concert’s production load in. There were also restrictions for building directly on to the floor of the hanger, given its sensitive construction. All large vehicles were therefore brought airside for unloading and loading.

The BBC Concert Orchestra conducted by Mike Dixon was joined on stage by the RAF’s own big band The Squadronnaires, together with singers Pixie Lott, Shaun Escoffery and The Shires. It was broadcast live on BBC R2, the BBC Red Button and streamed into over 400 cinema’s up and down the UK.

No products in the cart.